It is time for our Wine of the Year awards and once again, YOU are the judge!

In 2013, we had the opportunity to sample a total of 99 wines throughout the year including our Top Drops. Amazing. But now it is up to you to remember which once you liked the best . And to help get everybody talking, everybody who votes will be entered into our annual prize draw for a free bottle of something absolutely fabulous. 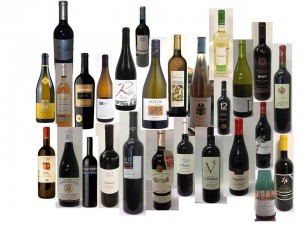 To help you along, I have listed a few wines that were popular with members. These were:

* In January we had 2 Bulgarian Merlot, Cabernet Sauvignon blends from No Mans Land and Enira, and the Belguardo by Mazzei
* February was the Cuvee Victoria from Krasna Hora and the Spanish rocket Embruix de Vall Lach
* March was Hungarian wines with the Kekfrankos Rapsi and the CODE Cabernet Franc
* April had the Chardonnay Salton from Brazil
* May the Portuguese Tapada dos Coelheiros Chardonnay and the Soberano (and don’t forget the Single vintage Port)
* June was Primitivos from 12e Mezzo and Surani Costa Rosa and Ramione from our friends at Baglio di Pianetto
* July was the Austrian Hillinger Blaufrankish and the amazing Sarica Rosa Syrah / Pinot noir
* August was the Clarette Rosé Weingut Knipser and the Gruner Veltliner from Roland Minchowitsch
* September had the Chateau Saint Go, La Verriere, Colombelle and the Pommier Chablis
* October was the Gigondas Ogier and the Senorio de Unuela Rioja Blanco. And the Casalferro – OMG
* November, Coronini Cronberg Cabernet and the Figueirinha Chardonnay. And the Chianti Rovo for you carnivores
* December we put on our “Coats” with the Cotes du Rhone and the Cotes de Provence Rose. And to celebrate, a Massimago Amarone

To win a free bottle of something so luxurious that you would never want to pay for yourself, all you need to do is send us an email with your pic of your top 3 wines for 2013.

Send us your picks by February 10th. Win something great. It’s as easy as that!